February 6, 2020 – NIPNLG filed a lawsuit on behalf of immigration attorney Matthew Hoppock against USCIS to obtain transparency over the government’s denaturalization efforts. This suit comes after USCIS failed to provide a single document in response to three FOIA requests filed by Hoppock in 2018.
Read the press release »

January 23, 2020 – This week, the National Immigration Project of the National Lawyers Guild (NIPNLG) and immigration legal organization partners filed an amicus brief at the U.S. Supreme Court in the case of Evelyn Sineneng-Smith v. United States, a landmark case concerning encouraging any noncitizen to remain in the U.S.
Read the press release »

January 22, 2020 – Yesterday, the Pennsylvania Commonwealth Court ruled that families formerly imprisoned by ICE at the Berks family detention center have the right to participate in a pending legal challenge to the facility’s childcare license.
Read the press release »

November 21, 2019 – We are enormously delighted to have such a talented group of individuals join NIPNLG to help advance our mission, by providing expert legal strategies, support, and advocacy to combat the onslaught of attacks on immigrant rights.
Read about our new staff »

November 19, 2019 – NIPNLG, along with 118 other organizations, and 122 academics wrote a letter urging Congress to #SaveAsylum and end the Remain in Mexico Program.
Read the letter » (PDF)

This brief lifts up the voices and stories of community members whose lives and families have been disrupted by arbitrary, prolonged detention that disregards the many years during which they have lived peaceful productive lives in the United States. The underlying issue is prolonged mandatory detention, without a bond hearing, of persons who were convicted of crimes many years ago. The amicus brief supports the position that such detention is a severe due process violations, and the role of the brief itself is to tell the stories of the people who are impacted by this arbitrary deprivation of liberty.
Download the Amicus Brief »

A Message from Board Chair, Carlos Moctezuma García 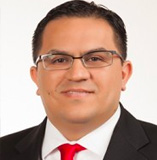 November 6, 2019 – As a kid growing up along the South Texas border, my siblings and I learned the value of education and hard work from our parents, who labored tirelessly to ensure we had every opportunity to succeed. It wasn’t easy. We lived in the housing projects known as “El Campito” in McAllen, Texas. There was poverty, little or no formal education, and extremely limited access to resources.
Read the full letter from Carlos »

October 16, 2019 – The report addresses two areas of U.S. compliance with its international human rights law obligations: (1) discrimination based on sex and gender, and (2) violations of the human rights of refugees and migrants.
Download the submission »

September 18, 2019 – NIPNLG submitted public comment in response to the DHS request regarding the Designating Aliens for Expedited Removal rule, 84 Fed. Reg. 35409 (Jul. 23, 2019). According to Law Fellow, Amber Qureshi (pictured left), "the Rule will have immediate and longlasting effects on the equal protection, due process and statutory rights of individuals subject to expedited removal. DHS must halt implementation of the expansion of expedited removal immediately, and take steps to ameliorate the well-documented problems in the expedited removal process as it existed prior to the Rule."
Download the full comment »

NIPNLG Announces Sirine Shebaya as its Next Executive Director

August 9, 2019 – Shebaya Joins with New Board Leadership, Including Carlos Moctezuma García as Chair of the Board. She is a long-time immigrants’ rights activist and civil rights lawyer who brings with her a wealth of experience working with and for immigrant communities of color, using litigation and legal advocacy tools to fight back against oppressive, racially discriminatory immigration enforcement policies.
Read more »

A Letter from Carlos Moctezuma García, Board Chair

August 9, 2019 – I am excited to announce that Sirine Shebaya will serve as the next Executive Director of NIPNLG. After an exhaustive nationwide search and careful review of extremely talented candidates, the Board of Directors chose Sirine to lead the organization. I’m also excited to announce that I have stepped in as the new Chair of the Board of Directors.
Read more »

Resistance Lawyering: Fighting for Immigrant Communities and the Rule of Law

July 31, 2019 – SAVE THE DATE! Join us on October 16 in Durham, NC to learn about innovative strategies to address the Trump administration’s continued assault on immigrant communities and the rule of law. NIPNLG presents its Fall 2019 CLE/Continuing Legal Education seminar during the annual NLG Convention #Law4thePeople.
Read more »

May 2, 2019 – Please join NIPNLG in paying tribute to two extraordinary honorees on the frontlines fighting injustice every day. Lisa Brodyaga has represented asylum seekers and other immigrants, and U.S. citizens, since 1978. Al Otro Lado is a non-profit providing cross-border legal services to refugees, deportees, and other migrants in Tijuana, Mexico and throughout Southern CA.
Learn more about them »
Download the Commemorative Program Book »

March 13, 2019 –The Board of NIPNLG announced its selection of Ilyce Shugall as the next Executive Director of the organization. Ilyce is a long-time immigrants’ rights advocate and former director of the immigration program at a community-based legal services organization in East Palo Alto, California.

Freedom Is a Constant Struggle: The Fight to End 287G in Charlotte and Beyond

March 1, 2019 –Join us for a discussion on March 14th with some of the community organizers and lawyers who fought to end ICE collaboration in Mecklenburg County and currently fighting ICE retaliatory raids targeting the community for ending such collaboration.

January 7, 2019 – Haitian immigrants affected by the Trump administration's termination of TPS, along with Haitian community members, elected officials, faith and labor leaders and immigration advocates spoke out about the importance and possible impact of a critical lawsuit against the Trump administration over TPS termination for Haiti on Monday morning outside the federal courthouse in Brooklyn where the trial began today.

January 7, 2019 – Federal trial begins Monday, January 7, 2019 to protect more than 50,000 immigrants and their families from being forcibly separated by deportation.

Read more alerts from our archives »

Make a one-time or recurring donation »

Browse our Find an Attorney section to locate professionals in your area.